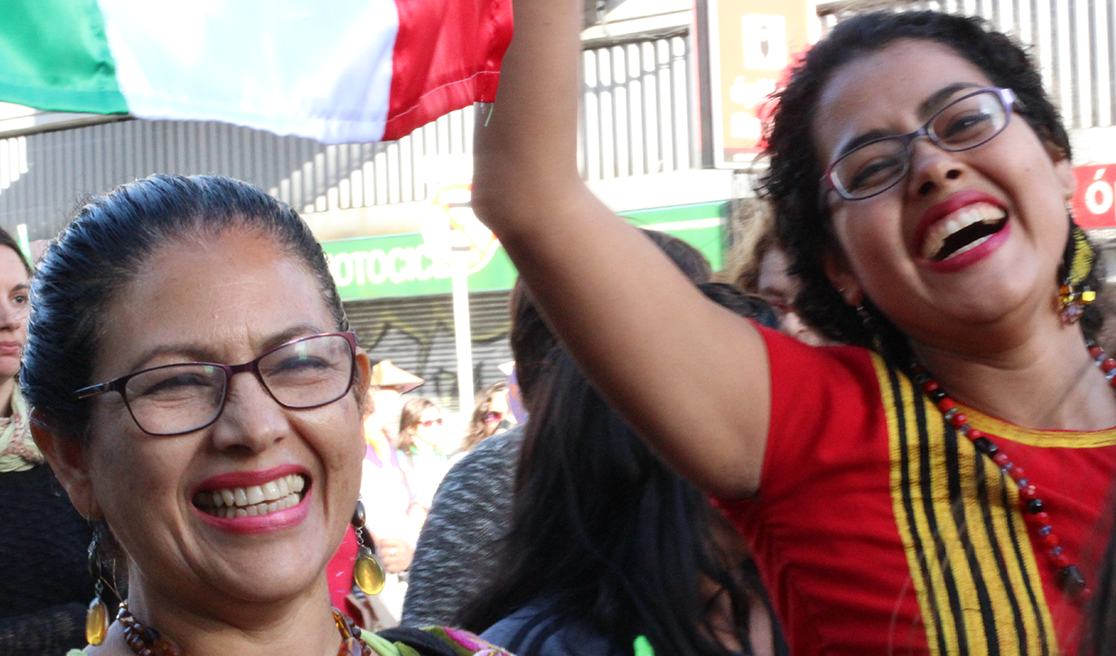 Persistent, courageous, and bold: This was the women’s movement in FY2018. This year we saw what happens when women are called to action by injustice, outrageous violence, and the rise of oppressive governments. They step up as fearless leaders in the pursuit of women’s human rights.

With the rise of fundamentalism, nationalism, and other oppressive forces, women around the world are experiencing increased attacks. But we have reached a turning point. This year, in response to threats and rollbacks, women organized and changed public conversations, influenced laws, and galvanized millions. These successes are a powerful illustration of what Global Fund for Women has always known: Women become stronger when we organize together.

In Latin America, movements have strengthened and risen to protect reproductive rights. Grantee partners in Chile, including Linea Aborto Libre and Mujeres en Marcha Chile, helped pass a law that legalizes abortion with some restrictions. Meanwhile, our partners in Argentina (including grantee partners Ni Una Menos, Socorristas en Red and Colectiva Feminista la Revuelta) spurred hundreds of thousands to take to the streets to support an historic vote on abortion rights.

In Turkey, when a bill was proposed that would pardon men convicted of sex with underage girls if they were married to them, women’s groups, including our grantee partner Filmmor Women’s Cooperative, successfully prevented its passage.

During times of natural disaster it is again women’s movements who have led the way. In Mexico, when powerful earthquakes devastated cities and towns, our grantee partners and sister fund in Mexico led the way in making sure women and girls’ needs were met.

Global Fund for Women has always believed in trusting women. The heart of our grantmaking is flexible funding that gives our grantee partners choices and the ability to devise their own solutions. By trusting in women we keep the door open to good ideas, and support experimentation. We believe and invest in women’s solutions, designed for their own communities.

We also recognize the trust that our supporters place in us. Without your faith in Global Fund for Women, we could not do the work we do. We are also grateful for our staff and our Board of Directors—people who share our vision for a world where every woman is strong, safe, powerful, and heard.

Funding fearless leaders inspires all of us to be more like them: vigilant, brave, and strong. So all of us must increase our vigilance, work harder, be bolder, and be more responsive. This is our charge for 2019.

This is test text for this module